Thanks to dubizzle, we managed to snap up last minute “not-so-expensive” Inner Pit tickets to Robbie Williams’ gig last night 🙂 Left the marina around 7pm, stuck to 140 km/h and got tailgated probably 4 to 5 times on our way to Abu Dhabi 😦 I will do a proper post about this next time. Today, we’re talking about Robbie 😀

So we got there just before 8pm. Joined the crowds shortly after, getting entertained watching endless selfies of fans tweeting and instagramming onto the dulive big screen. I’ve always wondered if there is actually someone who filters these things ay. That you don’t suddenly see something extremely inappropriate pop up for 5 seconds, hee hee. Wouldn’t that be funny. I.e the snippets Tyler Durden sneaked into cinema reels 😉

Few minutes before 9pm, as everyone was refreshing twitter, we got this : 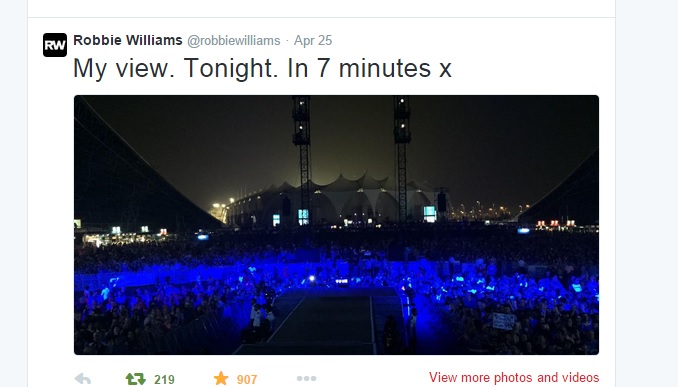 Is that cool, or what?

And for the next 2 hours or so, Robbie Williams gave probably one of the better shows we have been to, since we’ve been in the UAE in the last three years. 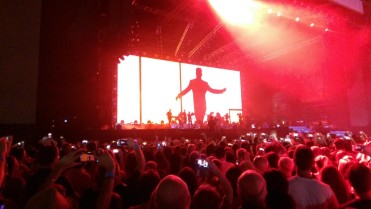 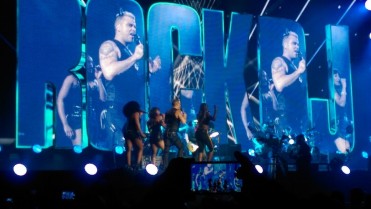 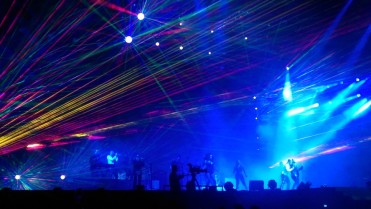 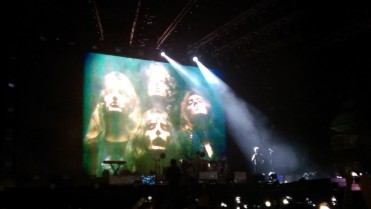 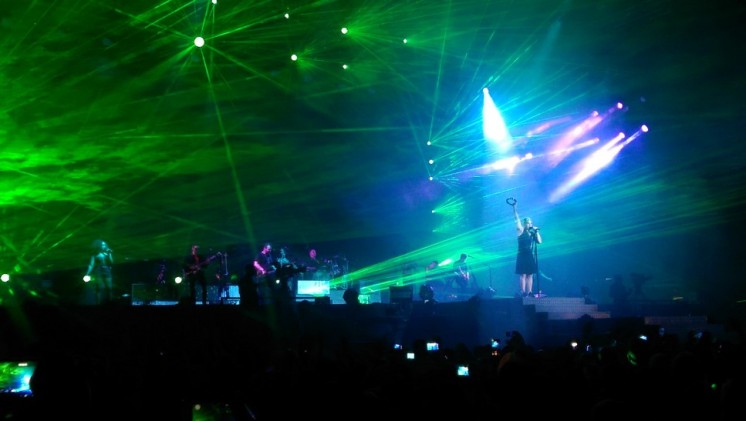 He was funny, he was engaging with the audience, he did all his hits, and okay sure, the wardrobe was not the most appealing (i.e black skirt, shiny silvery jacket?), we both had a really good night out 🙂

As for that filipino girl who got picked to go on stage, ha ha – dream come true ay? 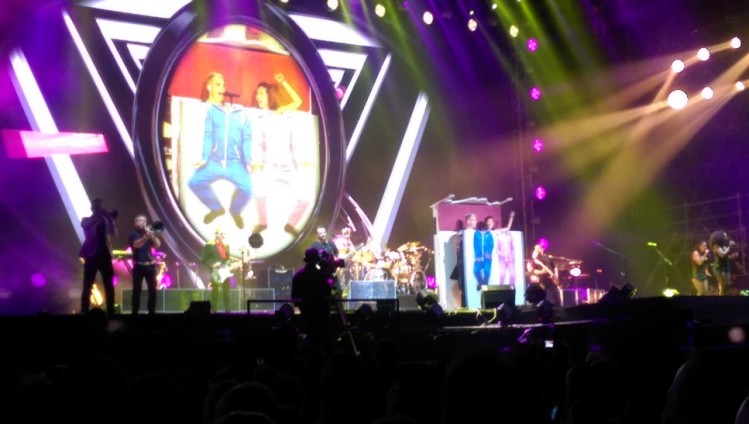 The other thing that I liked was the fact that Robbie was – on time. 9pm. Not late by 2-hours, i.e most of the or should I say nearly all the other concerts in this region. Cheers for that ay 🙂

Great set-up, salute to Think Flash. Fact that they even bothered to replied my tweet as well when we were asking what time the man was coming out. I’m sure they were getting bombarded with lots throughout the night.

PS – mental note to self – Next time we head over to Du Arena for a concert, we’ll bring our bicycles as well. Its a looong walk from carpark to entrance!

For reviews from the media, and ‘better photos’ 😀 –