Apparently, Tiger Woods, Rory McIlroy and Justin Rose was staying in St Regis as well when we were there last night. We didn’t know that until were leaving! Grrr! Should’ve gone down early to have breakfast and just sat there allllllll morning ay! Damn.

Least we got to see them play at the HSBC Golf Championship on Friday!!!! 😉 (I know there’s a very big sign there that says no photos, hehe)

Now, back onto the resort.

St Regis is located on Saadiyat Island, which is about an hours drive from the Dubai Marina. I had thought that it’s just ‘next to Yas Island’ so it’ll be about 40 mins or so. In fact Saadiyat Island is quite big (and yes, it’s “natural”)! 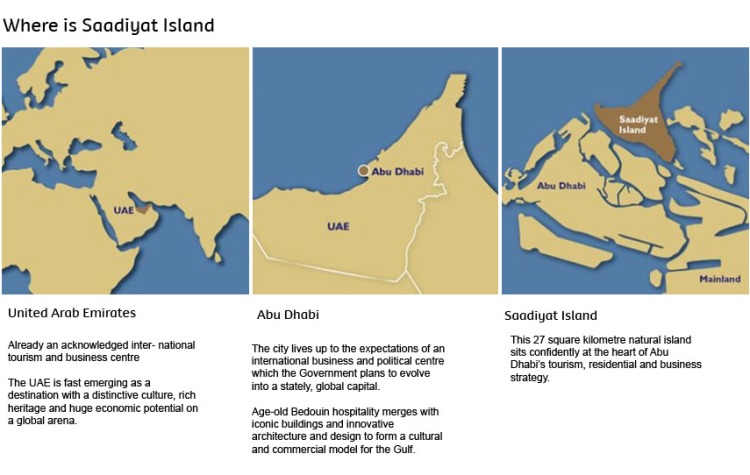 The longer drive was definitely worth it, as St Regis is one of those ‘wow’ hotels that you come across, with breath-taking views of the Arabian Gulf. The photo below was taken today when we were chilling by the beach.

When you enter, you’re guided to the reception, which is quite different than all the usual hotels. They’re small tables, where you are sat down to be attended to. A lady comes and give you nicely scented hot towels (just like when you go to nice restaurants in Dubai!). It’s such a personal service. I like 🙂

Checking in was smooth and easy and we got the Superior Room, which had a King size bed, and views of the garden. The sea view room would cost about 200AED more, and you’ll get amazing views.

Photos taken September 2013 when we went back for our second trip, stayed at the Sea View Rooms

Gorgeous overview of the pools 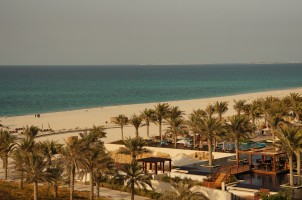 I don’t think it really makes a difference unless you are planning to spend a lot of time on your balcony, when you can just go outside and sit by the pool, or beach! 🙂

St Regis has a few pools – the one above called the ‘Family Pool’ which is shallow and safe, an outdoor lap pool nearby, and an adult pool a bit further away which we swam in but brrrrrr it’s so cold in the evenings now! And if you think that’s it, they also have an indoor pool. Crazy ay

We met Dammi by the pool when we were exploring the area, who kindly took a photo for the both of us 🙂 Thanks again! We kinda regretted spending so much time at the Abu Dhabi Golf Club for the championship because we could’ve spent more time at the hotel, haha! Can’t have everything ay 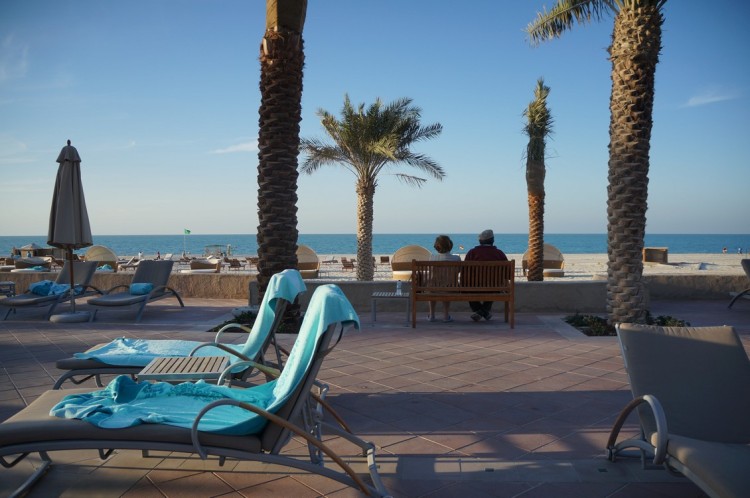 Did you know that St Regis has it’s ‘personal butler service‘ as well? It’s actually just very personal service, which was a nice touch ay. We wanted bubbles for the bath (yes, they have a cute little bathtub), and the lady came and prepared it for us. How nice!

She actually came back after that with a little plate of macarons and St Regis’ own chocolates! (I don’t know if they do it for everyone so don’t expect it when you’re there, I think we are just special :P)

On food, there are a few restaurants and bars scattered around the resort. We had wanted to dine in Sontaya, but it was pretty full upon walk-in and the restaurant staff said that we might have to wait till 9pm for a table. Aww, stinky! So we walked to Turquoiz which was a nice Beach-side restaurant, and had a pretty satisfying meal. Read here (coming soon) for my review on it!

Fast-forward to breakfast which was at Olea. Again, hotel breakfasts are usually pretty alright. The little difference that I quite like from St Regis was that the tea was from fresh tea leaves, and they gave you a little strainer for it. They also had longan, dragonfruit, mango and passionfruit for their fruit selections!! O, and the best is fresh carrot juice. Not many hotel/resorts do that.

I guess the only wee bit of reservation that I have was during check-out. After handing over the keycards she kindly said Thanks and hope to see you again, but we had not had a look at the ‘final bill’. You know the one where they will deduct from your initial deposit in cause you ate or drank something from the mini-bar or from the restaurants. Upon asking for it, she printed it out and we realized that a) they had wrongly charged us for breakfast (it’s included with the stay!), b) they had not deducted the 10% discount from dinner (SPG members, *join if you’re not a member already*) and c) there was a nominal amount for UNICEF donation. We’re quite happy to make donations, and it was a very small amount but I don’t like it when it’s done without consent. In fact just the night before I had made a cash donation with the concierge department. So anyways, all that was cleared and all was good 🙂 So my tip to all you travellers, always see the final bill before leaving! I’m sure you do all the time.

Regardless of that, we had a really good time at St Regis.

I highly recommend it for honeymooners, and families alike! 🙂 It’s such a beautiful, almost-magical resort, haha. Still gutted we didn’t get to have breakfast next to the golfers, grrrrr!

9 thoughts on “A night in St Regis Saadiyat Island Resort”

Here's another one to share that will keep everyone happy 🧔🙎🏻‍♀️👧👶🏻
Tried out the Zookeeper's Experience at @thegreenplanetdubai @citywalkdubai. Erik the biologist was an absolute gem with the girls 😊
Jungle bay waterpark in the grounds of @lemeridienminaseyahi & @westindubai is finally open 🤗 Yay esp to those who live in the marina 🙋🏻‍♀️
A 60 minute massage at Talise Ottoman Spa at @jumeirahzs would be typically around 600aed.